The Super Bowl may be every advertiser’s dream, but is it really all it’s made out to be? 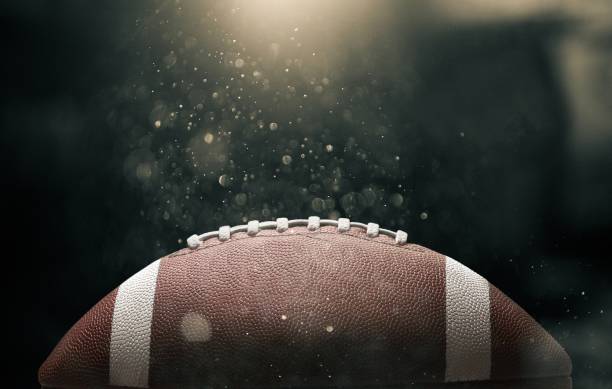 Sure, there’s something exciting about making a 30-second television spot that will be seen by millions of people, but is it really the most effective use of your advertising budget? The short answer is no.

Black hole spend is obsolete in today’s performance-driven landscape. However, there are still a ton of advertisers who want to put their dollars behind a coveted TV ad spot. While it was only 4 years ago that global digital ad spend surpassed programmatic ad spend for the first time, now it’s clear that digital is the way to go.

Just think about it this way; the day after the Super Bowl, every online publication releases a list of the “best” Super Bowl ads—​but how can the effectiveness of the ads be evaluated if it hasn’t even been 24 hours?

Spoiler alert: they can’t. Any claims about the efficacy of a Super Bowl ad usually focuses on brand awareness and completely disregards performance.

It’s 2021! Why are we still pouring spend into massive endeavors that can’t be precisely measured? Super Bowl commercials are theatrical events in and of themselves, but if you don’t have over $5 million to blow on a single ad(and even if you do), digital is your best bet.

So we thought that it’d be fun to see what $5.5 million can afford in the digital sphere, and the answers may surprise you.

Many Food & Beverage brands could have taken advantage of the clear-cut connection between drinking and the Big Game with a fun and eye-catching 30 second spot, but instead opted to spend a significant part of their budget on search and display ads with blended CPC’s ranging from $1.45 to $2.60 during the 14-day attribution window leading up to the Super Bowl.

This means a budget of $5.5 million could result in anywhere between 2.1 and 3.7 million clicks. This is especially helpful if your brand has an emerging brand presence rather than an established one as this lower funnel approach is much more optimal and allows you to capitalize on sales leading up to the Super Bowl; not just during the game.

We can’t talk about the Super Bowl without talking about two things: Sports & Entertainment. This vertical saw many companies run several paid television advertisements leading up to and during the Big Game. Their focus on brand awareness was extremely beneficial especially when positioning the brand in-between games.

But that doesn’t mean that a full-fledged digital strategy isn’t necessary. Brand awareness is great, but how can you actually convert your prospective leads?

With an average blended mobile CPC of $4.57 we’ve calculated they could have gotten 1.2 million paid clicks across mobile.

A recent study conducted by Oracle CX, found that Gen-Z is more optimistic than ever about the quality of Super Bowl ads as 41% of fans have placed a prop bet that this year’s advertisements will exceed expectations.

But why does this matter? Every single Super Bowl commercial is hosted on the video platform subsequently after the game. This means that many fans may be taking to YouTube to relive their favorite moments, making the week after the Super Bowl a great opportunity to run skiable in-stream ads at only $0.02 per impression. That amounts to 275 million impressions in total giving you over twice as many impressions for the same budget.

Everyone is making searches during the Big Game whether they’re researching teams, half-time shows, or any other miscellaneous info. Google trends shows unique opportunities across a myriad of verticals including food & beverage (think: game day foods), entertainment, gambling, and more. Our in-house data shows that a single Google search ad went for anywhere between $0.90 and $1.00. If an entire Super Bowl advertising budget were allocated towards search, this could have yielded between 5.5 million and 6.5 million paid clicks.

If you’re more of a traditional advertiser, then you may not be accustomed to digital advertising. But fear not! As the #1 MarTech company in the United States we are committed to helping all brands refine their marketing strategy through our incomparable blend of data-driven analytics, a proprietary DSP, and authentic content marketing. Get started with GeistM today to re-imagine your messaging!

Learn More About How You Can Grow Your Business With GeistM