How Video Is Re-Defining Digital Advertising

What is the best way to engage young consumers? 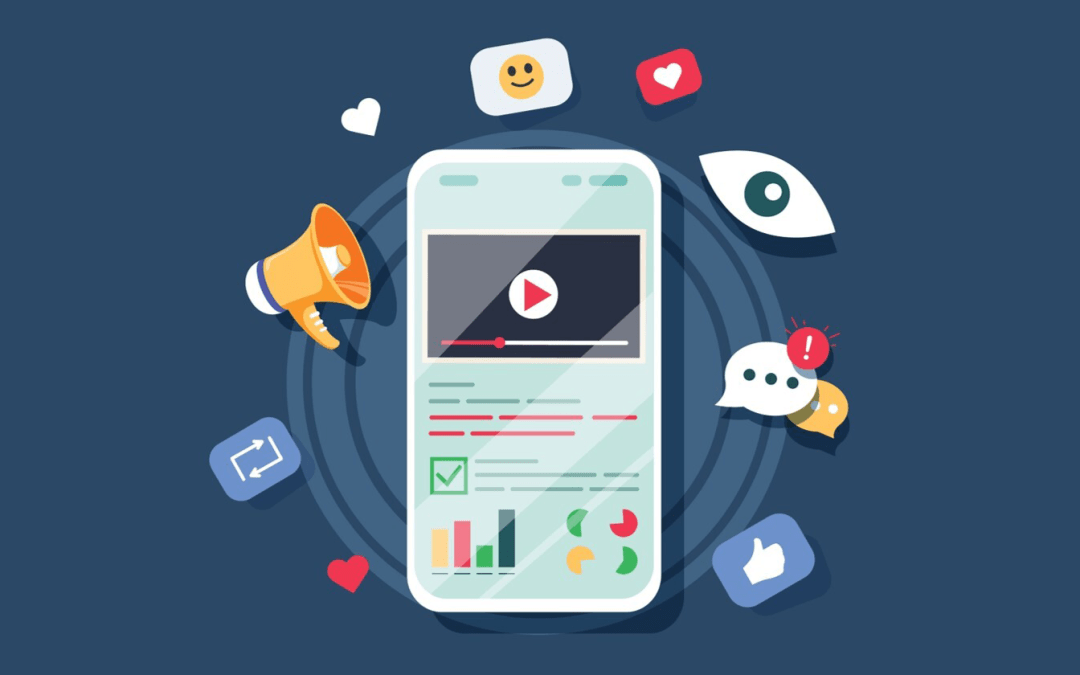 Facebook is currently experiencing something unlike anything it has faced in its 16-year history – an advertising boycott boycott. To curtail the spread of hate speech and misinformation on the platform, brands and companies are pausing their advertising spend indefinitely. While the future is uncertain, the boycott raises an interesting question about Facebook’s authority as it pertains to online advertising.

According to the Pew Research Center, 68% of Americans use Facebook, while 74% of its user base check the platform daily. Moreover, 93% of social media advertisers use Facebook ads. Given its historically low CPMs and high CTRs, Facebook is the ultimate testing ground for any marketer or advertiser. However, in the heat of Facebook’s ad boycott, marketers question how the customer journey map could change if the social media behemoth were no longer an option.

Interestingly enough, Facebook usage among teens is dropping gradually. While 71% of teens claimed to use the platform in 2015, the number is now as low as 51%. These numbers suggest that for those looking to target Generation Z and even Millennials, static ads and run-of-the-mill copy may not be your best bet.

So what is the best way to engage young consumers?

Video is transforming the marketing sphere. While Facebook and Instagram may receive a bulk of the attention, video-based social platforms are slowly dominating the conversation. Considering that only 0.6% of marketers use Facebook video ads, it’s clear that the most effective video advertising is smaller and more targeted.

To understand how Snapchat and TikTok can help your network diversification and content marketing strategy, we broke down both networks to understand their benefits and trade-offs.

Snapchat’s most significant point of difference is its reach. The photo and video messaging app hosts 159 million daily active users and reaches more people in the US than TikTok and Twitter combined. Snapchat also reaches more 13-34-year-olds in the US than Facebook and Instagram. Snapchat began as a way for friends to send each other personalized content and later evolved into a multimedia platform filled to the brim with original content.

According to VentureBeat, in 2015, of Snapchat’s 100 million daily active users, 65% contributed user-generated content. This engagement level is quite high compared to other social platforms and allows Snapchat to leverage their direct-to-audience video interactions effectively. Opportunities for engagement are abundant on Snapchat’s Discover page, which features 60 shows reaching monthly audiences of 10+ million users. By creating strong original content and incentivizing participation, Snapchat’s Discover feature allows for high click and conversion volume.

Snapchat also features several features that extend the capabilities of marketers beyond the platform. For example, Snapchat recently expanded stories to other platforms such as Houseparty and Tinder. The company also announced its Snap Audience Network, allowing developers to include Snap’s vertical ads in their products. One of the platform’s most convenient features enables users to shop using native checkout features without ever leaving the app.

TikTok is re-defining mainstream trends by quite literally “flipping the switch on culture.” One of the platform’s biggest draws comes in the form of its audience exclusivity. 31% of TikTok users are not on Snapchat, 35% are not on Facebook, and 40% are not on Instagram. Specifically, 41% of TikTok’s users are between 16 and 24, with its U.S. audience doubling to 84 million in the past year.

Considering the nascency of the platform, CPMs are inexpensive even as TikTok gains momentum. TikTok has already demonstrated a higher potential for branded content than Snapchat. Since users can create content, grow their audiences, and place links and content in their public profiles—​branded content is far more visible. TikTok also uses a robust content recommendation algorithm that allows users to receive far more visibility than other platforms.

While advertising on TikTok is still in its early stages, the company recently announced its first self-serve platform, TikTok For Business, which allows users to bid on all of TikTok’s ad placements.

To find success on TikTok, brands need to produce content that resonates with young users while offering the ability to also engage with it. By employing their new and unique ad formats, brands can create a digital experience that is authentic, homegrown, and entertaining.

Which platform is the best for my brand?

TikTok and Snapchat both offer top-of-funnel solutions to help bolster your content marketing efforts. However, TikTok is best for driving awareness with user-generated content (UGC) and branded content, while Snapchat is better suited for original content in which advertisements receive visibility and engagement.

The customer experience is rapidly evolving and it’s no secret that people around the world are embracing video. YouTube alone reports that users watch 1 billion hours worth of videos every day. Whereas people once wanted content to read, now they want content they can engage and interact with. Even platforms such as Twitter, Facebook, Pinterest, and Reddit are transitioning to a “video-first” model. In fact, it is predicted that by 2022, online videos will account for more than 82% of all consumer traffic online.

For marketers that rely heavily on Facebook as their defacto ad network, it may be time to pivot away and diversify your networks. The ad boycott offers a unique opportunity for advertisers to test new techniques and ideas. Instead of stagnating with Facebook, start scaling your business with direct-to-audience video.